Ottawa, ON, April 27, 2016 – More than 170 equestrians from across Canada headed to Montreal, QC for a week of world-class panels, information sessions, clinics, and social events during the 2016 EC Annual Convention, held at the Centre Sheraton Montreal Hotel from April 20-24, 2016.

Centred on the theme, Building Canada’s Equestrian Future, the Convention was a resounding success from start to finish, showcasing the positive change undertaken by the federation over the past year.

If you missed out this year, check out some of the highlights:

Athletes Panel – It Takes a Community to Develop an Athlete, Presented by BMO® Bank of Montreal

On April 22, delegates were invited to come on a journey with high performance equestrian athletes, including:

The athletes spoke candidly about both the highs and lows encountered on the path to elite equestrian sport. In addition, EC Head of Sport Science, Jessica Dilliott and Canadian Dressage Team Mental Performance Coach, Dirk Stroda spoke about the physical and mental demands of high performance sport.

Watch this video clip to hear Gowanlock open up about her personal and professional life as a Paralympic athlete.

Attendees of the Equestrian Sport Panel – The Future of Sport, held April 22, were treated to a presentation by an international panel of speakers, including De Vos, Lauterbach, Tauber, and Sport Canada Director General, Martin Boileau.

De Vos presented delegates with a valuable overview of the International Olympic Committee (IOC) Agenda 2020. He also spoke of the need for change within equestrian sport on a global scale in order to improve awareness, increase access, and remain relevant. To cap off his presentation, he showed the video used to launch the FEI’s #TwoHearts campaign, created as part of the build up to the 2016 Rio Olympic Games, and focused on the remarkable relationship between horse and rider.

Lauterbach spoke about the current state of the equestrian industry in Germany, and gave a detailed presentation about the priorities and processes the German Equestrian Federation (FN) has implemented in recent history, and the challenges and successes they have encountered along the way. Key takeaways included:

To close out the panels on April 23, EC gathered high profile experts to share proven equestrian business practices at all levels, from grassroots to the world stage.

The panel was composed of:

Here is just a small sample of the many takeaways delegates enjoyed:

“It’s important that when you go out to corporate or individual sponsors that you convey something that’s really authentic that they can latch onto and understand. People love horses; they love that connection, they love watching animals. We need to connect that passion of getting on a pony for the very first time to leading to investments and supporting our sport.”

“What I learned in eventing is that it’s all about starting off and getting your feet wet and then going and doing the job that you need to get done. It’s remarkable that those skills that I needed as a high performance athlete are the same skills that I now need running my own business.”

“We are fortunate enough to work in an industry, that by its very nature, inherently facilitates an emotional connection – to the horse, the athlete, the event, the stable, the coach, the trainer, the groom, etc. It’s this level of emotional connection that differentiates equestrian sport from others.”

On April 22, the 2016 EC Awards Gala took place at Montreal’s iconic Dalhousie Station, home to Cirque Éloize. This black tie event honoured the 2015 EC Award recipients, and also hosted the grand unveiling of the new EC brand, giving attendees the exclusive opportunity to see the new brand first-hand before the official launch in June 2016. For a full list of award winners, visit the EC website.

Reflecting on the success of the 2016 EC Annual Convention, CEO Eva Havaris stated, “I feel we have taken a huge step as a community over the past year, and the evidence was clear at this year’s Convention. It was obvious in the sessions that people were walking in with an open mind to come together as a community and start having the necessary dialogue and the conversation to move forward together. We have the passion, we have the heart. You could feel it in every room, and I felt it every day of the Convention. I can’t wait for next year.”

EC also thanks the exceptional speakers, clinicians, presenters, and many staff and volunteers for helping to make the 2016 Convention the most successful yet. In addition, thank you to all of the delegates for their enthusiasm, participation, and feedback.

For a closer look at the 2016 EC Annual Convention, watch for a special edition of the EC Insider e-newsletter to be published in early May. If you haven’t yet subscribed to the EC Insider, send an e-mail to [email protected] with ‘EC Insider Subscription’ in the subject line. 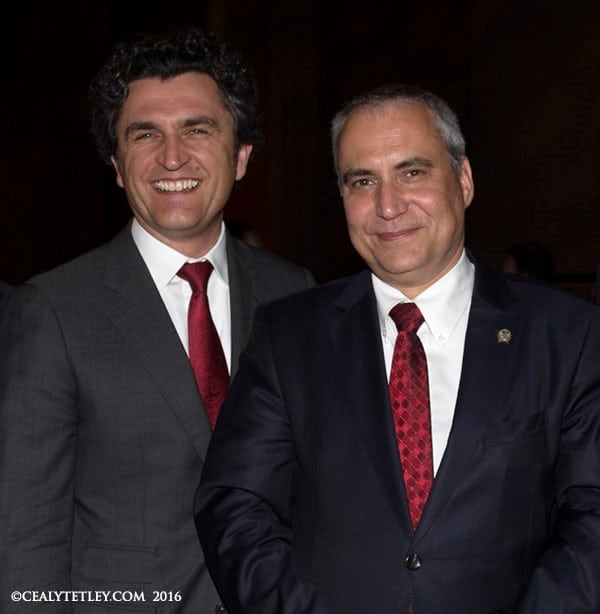 PHOTO – Secretary General of the German Equestrian Federation, Soenke Lauterbach, and FEI President, Ingmar De Vos were part of the exceptional international line-up of speakers and presenters at the 2016 EC Annual Convention. 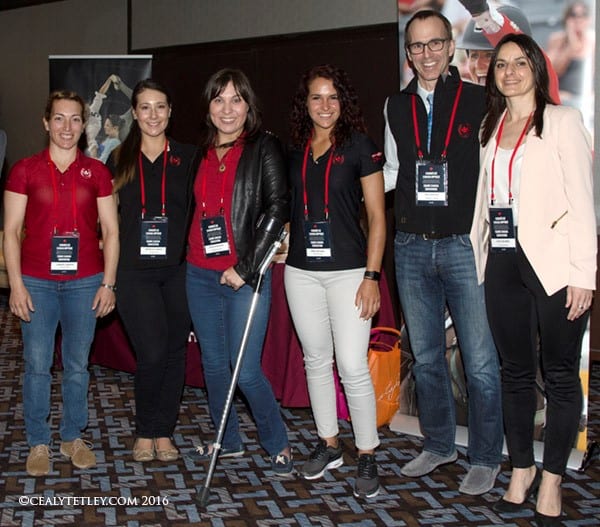 PHOTO – The Athletes Panel – It Takes a Community to Develop an Athlete, provided attendees with a candid conversation about the highs and lows encountered on the path to elite equestrian sport. (L to R: Isabelle Lapierre, Madison Lawson, Ashley Gowanlock, Billie Derouet, Robert Stevenson, Eva Havaris) 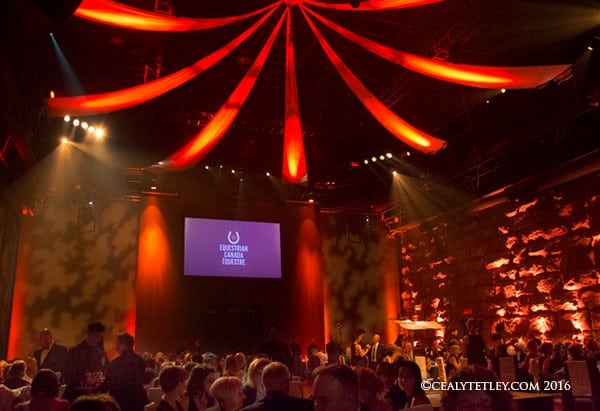 PHOTO – The 2016 EC Awards Gala was held on April 22 at Montreal’s iconic Dalhousie Station, home to Cirque Éloize, to celebrate the 2015 EC Award recipients and provide attendees with an exclusive sneak peek at EC’s new brand, to be launched in June 2016.