Held in conjunction with the EC Annual Convention, April 20-24, the Gala took place at the iconic Dalhousie Station, home of Cirque Éloize, and celebrated the national award recipients for 2015, and their impressive achievements within the equestrian community.

“We’re thrilled to recognize this outstanding group of individuals, organizations, and horses,” said 2015 EC President, Al Patterson, who presented National Awards during the Gala. “The 2015 recipients represent some of the most dedicated ambassadors of equestrian sport and industry. Congratulations to all the deserving winners.”

The following 2015 award recipients were recognized for their equestrian-related achievements. For further information, simply click on the name of the recipient:

Builder of the Year

Equestrian of the Year – The Dr. George Jacobson Trophy

Junior Equestrian of the Year – The Gillian Wilson Trophy, Presented by Asmar Equestrian

Owner of the Year, Presented by the Equine Canada Owners Club

Sponsor of the Year

Canadian Bred Horse of the Year

Canadian Breeder of the Year, Presented by Equinety

Dressage Canada Horse of the Year

Dressage Canada Athlete of the Year

Welsh Pony of the Year

Morgan Horse of the Year

Saddlebred Horse of the Year

Half Arabian Horse of the Year

Arabian Horse of the Year

Saddle Seat Rider of the Year

In addition to recognizing the 2015 award winners, the 2016 EC Awards Gala hosted the grand unveiling of the new EC brand, to be launched in June. Attendees also enjoyed a keynote address from FEI President Ingmar De Vos, as well as unique and exciting entertainment from Cirque Éloize performers.

About the Equine Canada Awards Program

EC’s national awards recognition program celebrates the impressive achievements of individuals, equines and organizations who have contributed to the growth and success of our community. For a list of past recipients, click here. 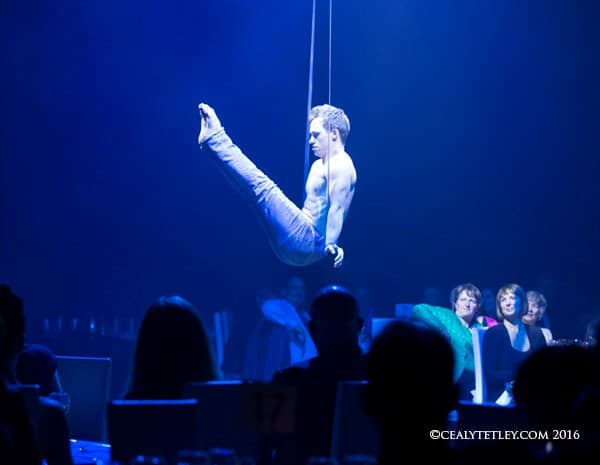