HCBC would like to acknowledge the outstanding coaches helping our BC Summer Games Athletes in Prince George. Meet them here: 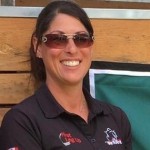 Credentials : Over 30 yrs experience in the horse industry.   Certified coach through Equine Canada since 1998.

Tracy started riding as a teen in Northern BC, then as a young adult transitioned to the Southern Interior (Kamloops) in 1993. She completed Equine Canada coaching certification in 1998, and is a certified competition coach.

In the past Tracy has had a successful Hunter/Jumper competition career with multiple successes on the “A” circuit competing Provincially and Nationally.  Career high lights include competing at Spruce Meadows in 2004, and provincial Championship awards in 2006.

Tracy enjoys young horse development, and young rider development. She currently has a lesson program for junior riders, and some seniors too, with competition goals for several of her students. Though she misses the thrill of the “back in the day” competition ring for herself, it is equally rewarding for her to see her students reach their goals and have competitive successes.

(Fun Fact: as a junior rider Tracy competed in the 1990 BC Summer Games in Prince George, BC representing zone 7) 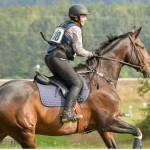 My name is Brandy Saunders. I grew up in the Northern Interior of BC. I was six when I got my first pony, joined Pony Club, and began a life and passion of all things equine. I have ridden and competed on a variety of horses in a variety of disciplines. During my Pony Club years, I had shown in Hunters, Jumpers, Dressage, and then fell in love with 3 Day Eventing.

In 2000, after a stint of travelling in Europe through equine related jobs and working student positions, I moved to the West Kootenay area of BC. Starting a family, an equestrian coaching business with small boarding stables, and going to college at the same time was very intense, but all so worth it!

Due to the Kootenay’s relative geographical isolation, work began to establish a successful eventing program in the area. Continuing to develop our training facility has been a dream come true and has allowed our part of the province to become very involved with BC Eventing.  We have a group that travels to compete at 3 Day Events around the province and beyond. I have a wide range of students, from completely recreational to competitive, and love teaching everyone in between. In 2019, I upgraded my certification to EC Competition Coach Specialist – Eventing.

I am also on the board of directors for the BC Eventing Association and the Chairperson of the BCEA Young Rider Program, and I love developing programs for riders of all ages and levels.

I look forward to being part of the BC Summer Games in 2022!! 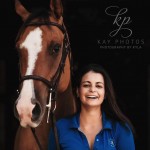 Sil Huber obtained her A level in Pony Club in 2016 and then proceeded to coach all over BC. While obtaining her English Competition Coach, she also obtained her Western instructor. Sil has a strong focus on safety but loves creating a fun atmosphere for any level rider. Sil’s travels have brought her back to her home base in Summerland where she now runs a small lesson facility.  She is beyond excited to take part in this coaching opportunity! 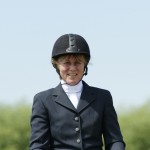 Val is an EC Competition Coach, Dressage Steward and previously Facilitator for: National Coaching Certification Program (NCCP). She came to BC in 2015 from Alberta where she coached for over 15 years at a large equestrian facility and is a current Team Member at Footnote Farms in Langley. Val brings many years experience competing in the Hunter Ring and Dressage Arena to her coaching.  She incorporates varied learning styles in her lessons to make things less complicated (KISS), has a eye for safety and likes to keep things fun. 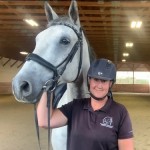 Ashley moved to Kamloops from North Vancouver in February 2014 and now is the Executive Director for Kamloops Therapeutic Riding Association. She first started teaching at Pacific Riding For Developing Abilities in Langley.  Ashley started riding when she was 13 years old, her favorite discipline is Dressage. Ashley is a certified CTRBI CanTRA Basic Instructor. She is also a certified PATH Intl. Registered Therapeutic Riding Instructor. Along with her Therapeutic Riding certifications Ashley is a Registered Coach through Equestrian Canada. Ashley’s passion in therapeutic riding is helping riders towards competing in the Equestrian Canada Video Competitions. Her favorite part about teaching is seeing the smiles on her riders’ faces when they accomplish even the smallest goal. Ashley has two horses of her own, a very cute pony named Corto and a yearling “wildie” named Sage. Ashley is really looking forward to being part of the team at the BC Summer Games and wishes all the competitors to have lots of fun! Keep those smiles coming! 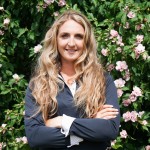 Shandelle Mathusz
I am a current EC Licensed Competition Coach. As well I am accredited to train coaches to deliver EC’s Rookie Rider Program and have been providing mentoring and evaluation to many equestrians working their way through the EC English Rider Level system. I have been coaching successful equestrians for 14 years.

I graduated with a Bachelor of Arts and a Bachelor of Education in 2015.During my undergrad years I co-founded the Lakehead University Equestrian Team. As captain my team and I competed successfully on the Intercollegiate Horse Show Association (IHSA) hunter equitation circuit in the US. During summer months I gained immeasurable experience under nationally and internationally renowned Canadian equestrians, Beth Underhill and Nicole Walker.
As a young rider I trained and competed in the eventing discipline. This combined with my hunter equitation and international level jumper discipline employment experience has formed the foundation for my understanding and appreciation for all aspects of classic foundation training for rider and horse. This includes disciplined focus and hard work learned while attaining a brown belt in karate jujitsu.

Prior to developing my own Equestrian training program and facility I was head coach at Queen Margaret’s School on Vancouver Island. Delivering a one of a kind in Canada on campus Equestrian Program.

In addition to starting and training horses, I mentor aspiring Instructors and Coaches as well as providing riding instruction to select clients.
On a personal note I am the proud parent, with my husband Kevin, of two young daughters enjoying all the benefits and challenges of rural living including the raising of various farm animals.

I look forward to meeting you and helping your dreams come true during the upcoming BC Summer Games! 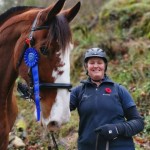 When she was 16, Stella started working at the Powell River Therapeutic Riding Association after they put out a call for volunteers as a new program. She continued to gain experience and passion for therapeutic riding and pursued certification as an instructor. Stella was influenced by Rachel Brameld from Victoria Therapeutic Riding to achieve her certification with CanTRA to teach people with disabilities. Looking ahead to the BC games Stella knows one of the many challenges for the riders will be experiencing all of the “extras” that come along with such a big multi-sport event, such as big facilities and long waits in line while managing the fatigue that they may have due to their disability. Stella hopes that each rider will have a fantastic time participating with so many other athletes from around the province. 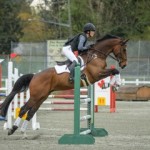 She has training facility in the Cowichan Valley on Vancouver Island called “Longfield Equestrian”.

Maeve gives her time as a Director of BC Eventing Association, sits on the Education and Adult Rider Committee as well as being the Coach Leader of the BC Young Riders. In 2016 & 2017, 2018, 2019 Maeve attended NAYC as Chef d’Quipe of our BC Young Rider team. With amazing results!

Maeve is looking forward to being part of the BC Summer Games 2022! 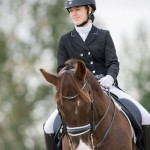 Nicole Berthelot is a licensed Equine Canada “R” level Dressage Judge, Competition Coach, and FEI Small Tour rider, who started from grassroots on Gabriola Island (off the coast of Vancouver island),  and now lives, works, and trains in the Fraser Valley. From 4-H to fall fairs and EC Eventing and Dressage shows, she grew up a horse crazy kid and understands the dynamic of balancing life, school, and equine aspirations. Nicole teaches her students to be well rounded riders by utilizing the training scale to problem solve and bring their own horses up the levels.

After graduating from Simon Fraser University with a Bachelors of Business in 2017, she forged a niche for herself as a Digital Marketing Specialist helping agricultural based small and medium businesses develop their online strategy and sales programs. One of her main clients right now is an online education platform that teaches Dressage to riders around the world. So her coaching and judging skills cross over into her “day job” all the time! 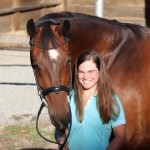 Kim started riding at the age of 11 at a local therapeutic riding center. Her passion for horses took her to many places as a teenager, representing Victoria at the 2007 and 2009 BC Disability games, as well as the 2012 BC Summer games in Para Dressage. She then went on to become a ranked rider for Equestrian Canada in 2014 and was named to the national talent ID Squad in 2017. Kim still competes in FEI para competitions and hopes to represent Canada on the international stage in 2023.

Kim is a certified instructor for both English riding as well as therapeutic riding with the Certified Horsemanship Association, and is also a vaulting instructor with the Equestrian Vaulting Association of BC. Her passion is to encourage athletes of all ages and abilities to not only train to be the best they can be, but to also enjoy their horse and have fun along the way! 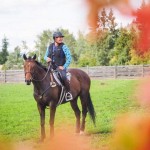 Melissa Reimche is a certified and licensed EC Competition Coach. While her favourite discipline is Eventing, Melissa’s passion is in developing well rounded horses (and riders!).  She enjoys dabbling in Working Equitation, Combined Driving, Cowboy Challenge, and Endurance. She moonlights as an aquafit instructor in the off season. She believes in the importance of a strong base of equitation and physical fitness of both horse and rider for any discipline.

Melissa operates Golden Pony Equestrian in Summerand, BC (named for her love of the Haflinger breed!) where she teaches students of all ages. Her upbringing in Pony Club gives her a strong focus on safety and attention to detail. She prides herself on her commitment to learning, and loves to attend clinics. She has an appreciation for classical dressage and a dedication  to equine-friendly training methods.